What We Have Been Doing

Posted on August 26, 2013 by nadiaschooldays

We almost finished the Pizza activity pack I had gotten from Umm Nu’maan’s blog. 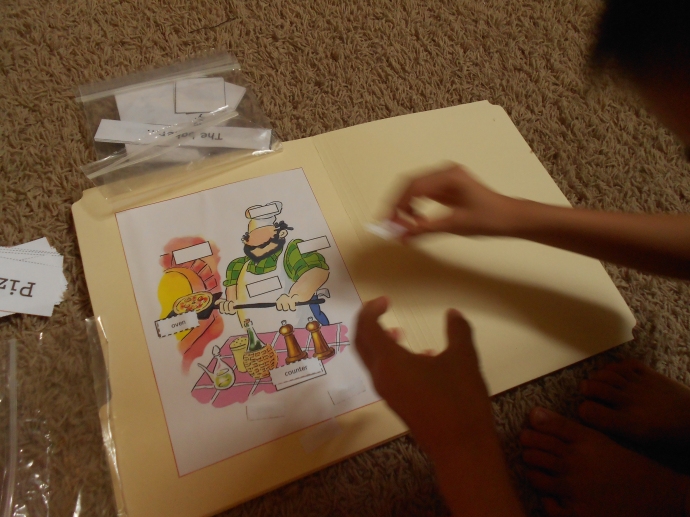 We also did several of the file folder games 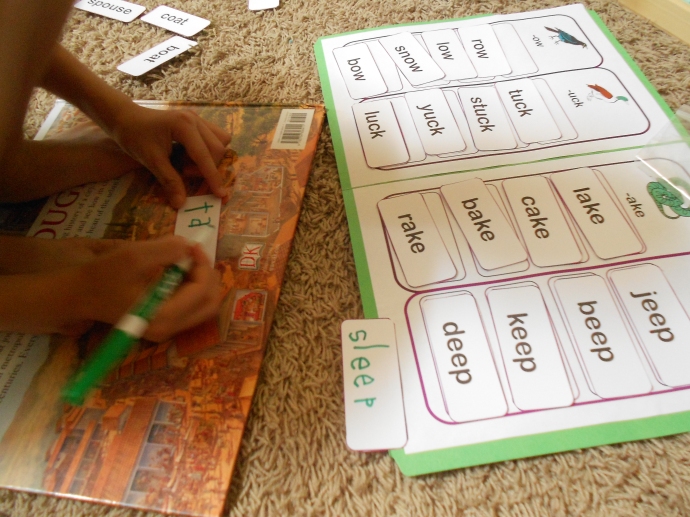 I did the word families file folder game with Z, and it has some extra empty cards, so I had him write words that fit in some word families. 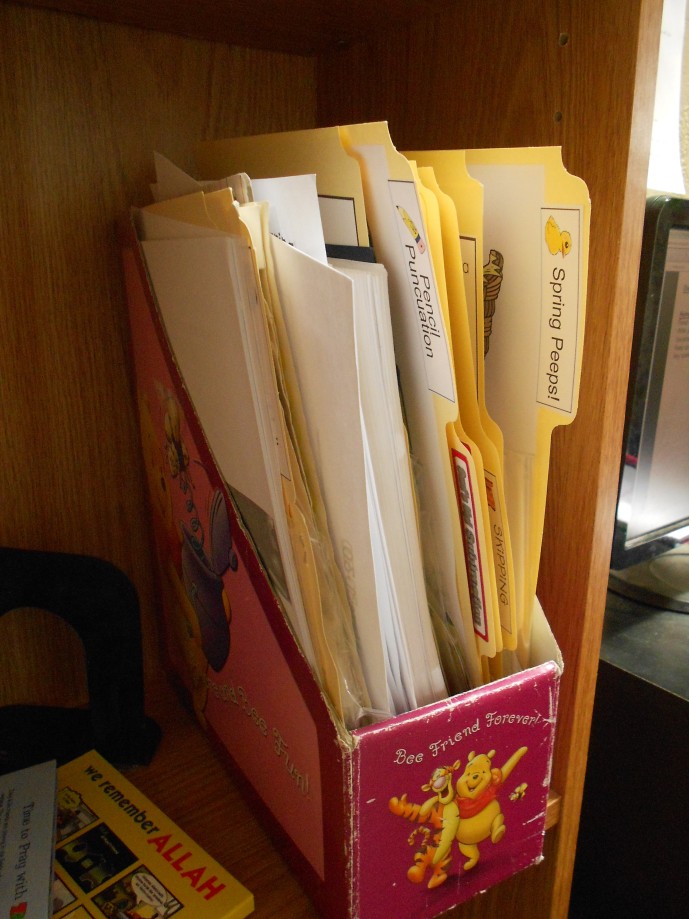 Where I keep his daily ‘Do’s’ (calendar Notebook, certain file folder games (rotated depending on what I feel he needs to work on), worksheets. So everyday we just take this and start his ‘school;.

N’s study desk. I’ve been nagging her about the tidiness of her study desk and alhamdulillah it’s finally looking productive! She is also using her mini whiteboard for her daily to do lists and I see that it has helped her complete her work on time.

And her stack of library books. She has started to read these books which when I asked S, she said, “I guess it’s slightly of a higher level than what she usually reads,” which is good news alhamdulillah! 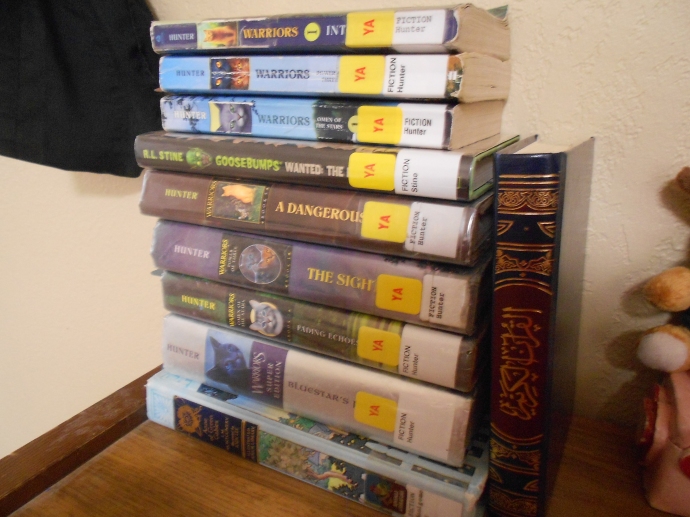 However, I have been noticing that she has been obsessed with these books and some of her school work is not done. I just asked her if she’s finished her work for today. I heard something that I don’t like to hear. Sigh…

We have been having abundant rain alhamdulilah. With that came weed. A lot of them in our backyard especially. I told H we’ll pay him if he gets rid of them. So he’s been working on them, but I think we may have underestimated the amount of work it requires. 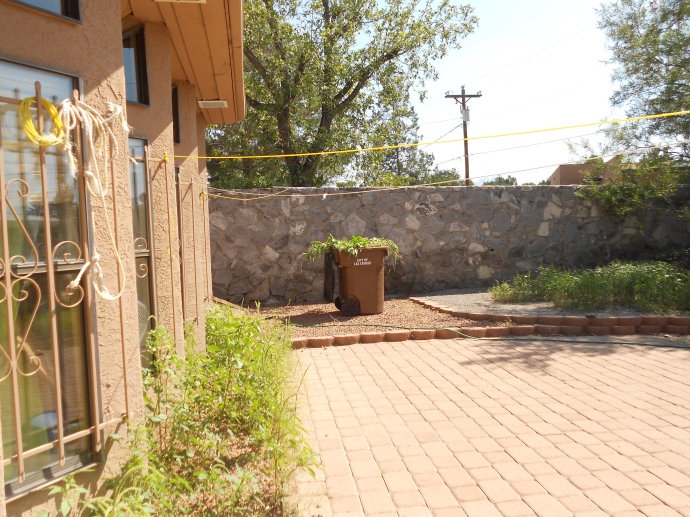 H and N seem to be doing very well with Home2Teach alhamdulillah, so I may just continue signing them up for Home2Teach classes. Compared to Write Guide, Home2Teach seems to give them more structure and direction. S is supposed to and still doing her English 11 using the Bedford Reader. We recently visited the horse lady which I had contacted last year but never followed up with. She gave us some resources for S to volunteer with horses. One of them was on campus, and today, I just got her email saying that even though S is underage for their volunteer program, if it’s to do with volunteer hours for school/homeschool, maybe something can be worked out. So I replied to her and am waiting to see what she will say.

I’ve been discussing with S the possibility of her majoring in Psychology (since she still wants to) and also Animal Science but maybe specified to horse therapy since she loves horses. The emergence of horse therapy in the past 10 years (according to the horse lady) also brings more possibility to combine Psychology and Horse Therapy. She seems to like this idea. I told her to research and look into it on her own. I don’t feel like she is though. Subhanallah…it’s so hard being a parent of teens. You don’t want them to waste their youth, and even though I lived it, I really don’t like this culture of teens wasting their time entertaining themselves when teens before there was even a term ‘teen’ used to be considered as adults and worked to earn a living and actually made good use of their times. I don’t like that the kids have these electronics even though I agreed to getting them when hubs asked me (S has an Iphone and H has an Ipod). It’s hard balancing things for me. Subhanallah. I hate to see the older kids wasting their time because they have so much potential. Alhamdulillah they like to go volunteer at the soup kitchen and are not really wasting their time in ways that would turn parents hair grey. Alhamdulillah. But I (like any other parents I’m sure) have high aspirations for my children and I’m trying very hard not be a Tiger Mom. On one hand I understand the drive to be a Tiger Mom, but I also understand the wisdom in not being one. Sigh. If I’m having middle age crisis, this might be why.